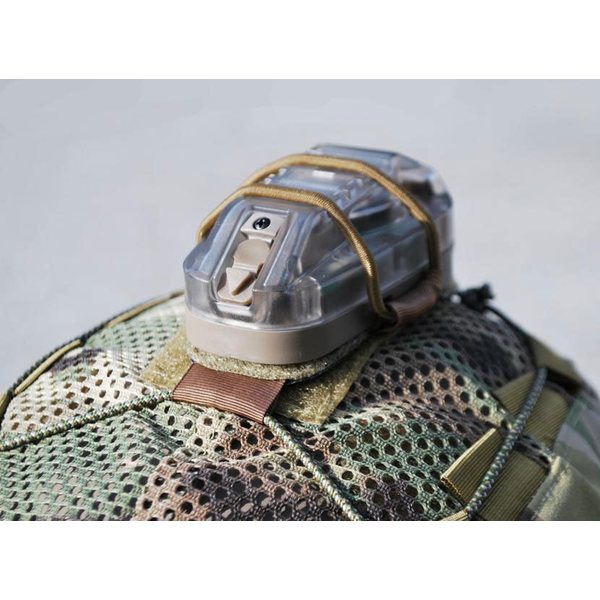 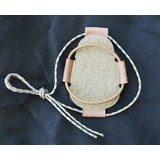 The HSR-203 “Attach Patch” is one of several types of helmet mounting systems currently available for the HEL-STAR 6 helmet light. This model can be used for mounting to helmets and helmet covers either by sew-on or tie-off. The features of the HSR-203 include:
- Velcro loop upper surface to mate directly with the velcro hook on HEL-STAR 6 base
- Velcro hook lower surface to mate directly with a velcro loop patch on the helmet or helmet cover
- Four tie-off holes in the base to facilitate a variety of tie-off options using 550 or 275 cord or equivalent.
- An integral bungee retention system that runs between the grooves in the HEL-STAR 6 lens to securely lock the HEL-STAR 6 into the Attach Patch.

Once sewn or tied down to the helmet cover, the HSR-203 provides strong security against forces that would otherwise dislodge the HEL-STAR 6. Constant pressure applied by the bungee ensures that the Velcro mating bond between the Attach Patch and the HEL-STAR 6 is maximized. The bungee configuration allows for quick removal and re-installation of the HEL-STAR 6 for battery replacement with out disturbing the tie-off points or sewn attachment. 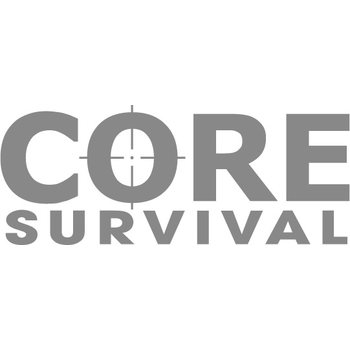